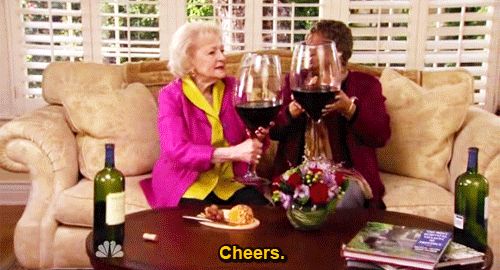 Not just any Port in a storm

I got 2017 off to a flying start with a trip out to Porto. Mission? To immerse myself in Port wine. Tut. I know… isn’t it? It was all part of a cracking project with Imagination to develop a brand new visitor experience for Cálem - Portugal’s leading Port brand and the city’s most popular Port tour.

The trip started by meeting the CD and strategist at the warehouse that is Luton Airport at 5am. But it was all uphill from there. Cálem’s marketing manager Tania met us on arrival and whisked us straight out to the Douro Valley, an absolutely breath-taking region I never knew existed, never mind expected. This is where the Port-making process all begins.

Life on the edge (AKA a long and winding road)

The job of driving us around this spectacular scenery fell to head viticulturist Mateus. OK. Have you seen The Italian Job? Well, we sped along similarly steep winding trails lined with vertical drops rather than barriers. Except rather than project a laser-like concentration on the vertiginous road ahead, he preferred to talk rather animatedly to us in the back making virtually consistent eye contact at the same time. Interesting, but not for the weak hearted.

Maybe Mateus had eyes in the back of his head. Or he knew these roads like the back of his hand. Either way, we survived to understand the rudimentaries of grape growing in the Douro. And even better, to enjoy an unforgettable lunch at a restaurant. Floor to ceiling windows offered stunning views of the River Douro. Against this picturesque backdrop, we were served a 4-course lunch designed to showcase the local specialties. But let’s not forget we were here for work. So Tania made sure we sampled a couple of bottles of Cálem wine before the Port came out with dessert.

A hard day vining and dining

Fortified by our brand experience, we continued our vineyard tour before heading back to Porto in the late afternoon. Nevertheless duty called and we soon found ourselves in another rather smart restaurant to meet some of the Cálem team. Then, after a 5am start and a day of wining, dining and vining, we were ready to get to our hotel and recover our strength for the next day.

And what a day it turned out to be. A relentless day of studying Port that began with a tour of the current Cálem experience, followed by lunch on the quays just outside. No time to nap afterwards, though. Because we were then straight out to see how the competition measured up. And before you ask, yes. I was getting paid for this.

Makes you not want to spit

You’re probably filled with pity if you’ve bothered reading this far. But let me tell you, there was more to come. Returning to Cálem HQ we were ushered to a meeting room where we were met by the sight of 12 empty tasting glasses. In each place. And so we proceeded to throw ourselves into our work, sampling a range of whites, rubies, tawnies, LBVs and even a 1961 Colheita. Arduous simply isn’t the word. Someone told me afterwards you’re supposed to spit it out. Yeah, right.

Dedication’s what you need. And a nice dinner to soak it up.

Our commitment to seeing the job through didn’t end there, I’ll have you know. Because guess what? We then had to meet more members of the team at yet another lovely restaurant for oh no, another great dinner. <Roll eyes> Then it back to the hotel bar for a nightcap, where an electric organ-powered jazz trio was playing to an audience it outnumbered.

Another day. Another buffet breakfast.

Next morning it was time to chat through ideas and concepts in a meeting where literally no alcohol was served whatsoever. After lunch the CD needed to go through the architectural side of things, providing me with an opportunity to finally relax over a glass of Vino Verde in the January sunshine. Then it was a taxi to the airport and home. With a 1961 Colheita safely stowed away as the perfect souvenir.

So what a start to the year. Thanks so much to Imagination for getting me involved. But most of all thanks to Tania and the Cálem team for the most amazing warmth and hospitality. A great project. Great Port. And great people.

We presented our final ideas to Tania and the MD Gonzalo in London a couple of weeks later. Everything looks to be on schedule and it’s going to be the best tour in town. Porto make a fantastic destination for a few days away so if you go, don’t miss the Cálem Experience and check out their unique Fado nights too.